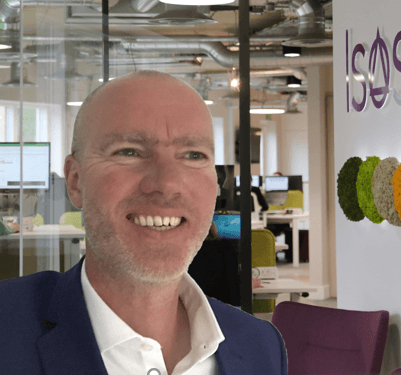 Steve has been the CFO in a number of PE backed businesses, from start ups struggling for cash, to managing growth and high value exits.

Steve has been the CFO in a number of PE-backed businesses, from startups struggling for cash, to managing growth and high-value exits.

Steve has a BSc with honours in Economics from University College London and is a chartered accountant (qualifying with PWC). He spent his early career with large corporates (Tomkins plc, RHM plc) before taking a risk and joining a start-up company called ACIS who had the idea of installing displays in bus stops to predict when the bus would arrive.

After ten years Steve and the team had grown ACIS to a £60m turnover company with 200 staff making £8m profits. He also led two private equity exits, the first, an MBO to Inflexion for £25m, then finally selling to Carlyle for £60m.

After ACIS, Steve became the CFO of private equity-backed National Accident Helpline, where he was part of the team who grew profits from £7.5m to £15.5m in two and a half years via organic growth and an acquisition. Since NAH, Steve has helped a number of companies through the financial growing pains of private equity ownership, including professionalisation on the finance function, revamping reporting and preparing for high expectation exits.